What Course Do LDS Prophets Say The Church Is On?

What Course do the LDS Prophets say the Church is on?

Let me be very clear, …when I stood and bore testimony of Joseph Smith (he having laid our foundation), and that we have strayed far from his teachings and from our foundation, I professed and do profress now my agreement with the sentiment of the leaders of this Church.

I’m dearly sorry for the sister whom I love, who got up afterwards to seemingly rebuttal

my testimony, stating that the Church was on course. I hope we don’t find ourselves at odds with Boyd K Packer who in a 1990 meeting with Regional Representatives of the LDS church stated: “In recent years I have felt, and I think I am not alone, that we are losing the ability to correct the course of the church. …Both Alma and Helaman told the church in their day. They warned about fast growth, the desire to be accepted by the world, to be popular, and particularly they warned about prosperity. Each time those conditions existed in combination, the church has drifted off course. All of those conditions are present in the church today.

Helaman repeatedly warned, I think four times he used these words, that the fatal drift of the church could occur in the space of not many years. In one instance it took only six years. (Helaman 6:32; 7:6; 11:26) (“Let Them Govern Themselves,” Reg. Rep. Seminar, March 30, 1990, underline added)

“Surely you have been anxiously watching the worldwide evaporation of values and standards from politics, government, society, entertainment, schools. Could you be serving in the Church without having turned to those pages in the revelations and to those statements of the prophets that speak of the last days? Could you, in working for the Church, not be conscious of or have ignored the warnings? Could you be blind to the drift that is taking place? Are you not conscious of the drift that is taking place in the Church?” (Boyd K. Packer,Talk to the All-Church Coordinating Council May 18th 1993).

And also with Joseph Fielding Smith

“It is a very apparent fact that we have traveled far and wide in the past 20 years. What the future will bring I do not know. But if we drift as far afield from fundamental things in the

next 20 years, what will be left of the foundation laid by the Prophet Joseph Smith? It is easy for one who observes to see how the apostasy came about in the primitive church of Christ. Are we not traveling the same road?” (Joseph Fielding Smith Journal, 28 December 1938) .

“…when I review the performance of this people in comparison with what is expected, I am appalled and frightened. If we insist on spending all our time and resources building up for ourselves a worldly kingdom, that is exactly what we will inherit. In spite of our delight in defining ourselves as modern, and our tendency to think we possess a sophistication that no people in the past ever had–in spite of these things, we are, on the whole, an idolatrous people–a condition most repugnant to the Lord.” (Ensign, June 1976)

There are far, far more sources than listed here, from Dallin H Oaks, L. Tom Perry, Verlan H. Andersen, Brigham Young and much more, including the Lord who has placed the Entire Church under Condemnation, D&C 84: 56 And this condemnation resteth upon the children of Zion, even all.

57 And they shall remain under this condemnation until they repent and remember the new covenant, even the Book of Mormon and the former commandments which I have given them, not only to say, but to do according to that which I have written.

But this should be a sufficient sampling of what I have reiterated in my own testimony last Sunday. Again, let me make it very clear I agree with what that sister said in that “Christ is the head of this Church” and as such will never divorce his Bride who is the Church and Mother of the Kingdom (JST Rev 12). 2 Nephi 7:  1 Yea, for thus saith the Lord: Have I put thee away, or have I cast thee off forever? For thus saith the Lord: Where is the bill of your mother’s divorcement? To whom have I put thee away, or to which of my creditors have I sold you? Yea, to whom have I sold you? Behold, for your iniquities have ye sold yourselves, and for your transgressions is your mother put away.

COMPASS INTERVIEW WITH PRESIDENT GORDON B. HINCKLEY Aired: November 09, 1997, David Ransom “Q: And this belief in contemporary revelation and prophecy? As the prophet, tell us how that works. How do you receive divine revelation? What does it feel like? A: [Gordon B. Hinckley] Let me say first that we have a great body of revelation, the vast majority of which came from the prophet Joseph Smith. We don’t need much revelation. We need to pay more attention to the revelation we’ve already received. Now, if a problem should arise on which we don’t have an answer, we pray about it, we may fast about it, and it comes. Quietly. Usually no voice of any kind, but just a perception in the mind. I liken it to Elijah’s experience. When he sought the Lord, there was a great wind, and the Lord was not in the wind. And there was an earthquake, and the Lord was not in the earthquake. And a fire, and the Lord was not in the fire. But in a still, small voice. Now that’s the way it works.” “DR: But more than that, because you’re leader of the Church. Do you have a special connection? G

I agree with President Hinckey, “We need to pay more attention to the revelation we’ve already received.” So what’s the purpose in acknowledging this? Alma 11:9-11 states:

11    And they that will harden their hearts, to them is given the lesser portion of the word until they know nothing concerning his mysteries; and then they are taken captive by the devil, and led by his will down to destruction. Now this is what is meant by the chains of hell.

So we can see that our leaders are only able to give us what we are worthy for.  Also since the D&C teaches us …“there are none that doeth good except those who are ready to receive the fulness of my gospel” (D&C 84:49–50), as we serve our fellow beings with compassion if we don’t try to solve the world’s problems using the foundation Joseph Smith already laid for us, we are just going to make things worse.   “When members are hurting, it is so easy to convince ourselves that we are justified, even duty bound, to use the influence of our appointment or our calling to somehow represent them. We then become their advocates — sympathize with their complaints against the Church, and perhaps even soften the commandments to comfort them. Unwittingly we may turn about and face the wrong way. Then the channels of revelation are reversed. Let me say that again. Then the channels of revelation are reversed.” (Boyd K. Packer,Talk to the All-Church Coordinating Council May 18th 1993).

We are the ones who have Coventanted to build the Kingdom of God for the salvation of our fellow men. We would do well to consider just which kingdom we are actually supporting. Perhaps we can pick up there next time. But on that note I’ll leave you with one last quote speaking of Isaiah’s prophecies (Isaiah 24):

“Are we not too much inclined to blame the generations that are past for the breaking of the new and everlasting covenant, and to think it is because of the great apostasy which followed the ministry of the Apostles in primitive times, that these troubles are coming upon the earth? Perhaps we should wake up to the realization that it is because of the breaking of covenants, especially the new and everlasting covenant, which is the fullness of the Gospel as it has been revealed , that the world is to be consumed by fire and few men left. Since this punishment is to come at the time of the cleansing of the earth when Christ comes again, should not Latter-day Saints take heed unto themselves? We have been given the new and everlasting covenant and many among us have broken it, and many are now breaking it; therefore all who are guilty of this offense will aid in bringing to pass this destruction in which they will find themselves swept from the earth when the great and dreadful day of the Lord shall come.” Joseph Fielding Smith, Deseret News, Church Department, Oct 17, 1936, page 7 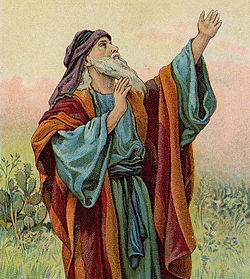 Yours in Christ, ~Amy K. Brown

4 thoughts on “What Course Do LDS Prophets Say The Church Is On?”